Artificial intelligence has gained quite an interest in recent years and has helped resolve many issues, especially with the COVID-19 pandemic crisis on the rise.

But how is AI being used in Australia?

In this article, we’ve assembled fascinating AI Australia statistics, so you don’t need to waste any more time searching around for fact-checked information.

Is Australia good for AI? Statistics show that this country is one of the leaders in the Asian Pacific in terms of Artificial Intelligence development. In 2019, Australia invested almost $30 million in AI technology and the market is expected to grow even further in the next few years by almost 30%.

2. 69.4% of survey respondents believe that AI will do more good than harm.

A Monash University survey from 2020 revealed that although 89.4% of Aussie study respondents said that they are familiar with the term Artificial Intelligence, only 20.3% have a fair amount of knowledge on the subject.

Furthermore, 83.7% of survey respondents strongly agree with the notion that there should be a regulatory body that will promote Artificial Intelligence in Australia.

3. Only 22% of Australians trust AI implementation.

According to the Accenture Technology Vision 2022 report, 22% of Australian consumers and 35% worldwide trust how organisations are using AI, while more than three-quarters (82%) think companies must be held accountable for their misuse of artificial intelligence.

The data also shows that more than eight in ten Australian executives (86%) say their organisations are already dependent on AI to function effectively, and 96% say AI is becoming pervasive.

4. 40% of Aussie survey respondents expressed concern that AI will replace humans at work.

Statistics show that Portugal (62%) has the most people fearing losing their job to automation, with South Africa (61%) and Spain (59%) right behind. Furthermore, 40% of survey participants from Australia, France, and New Zealand all showed a negative reaction to AI development in the workforce, while people from Germany (22%) held the least apathy.

A study has found that by 2030, 63% of cubicle occupations will be automated in Australia. Knowledge diversity, on the other hand, will keep 27% of employees safe.

Due to the various skills their jobs demand, such as recognizing context and processing extremely variable inputs, Australia’s 1.2 million cross-domain knowledge workers will continue to be relevant. That is also the case in many workplaces, where good communication skills are important, even if you don’t have any previous work experience.

Although all countries had an increase in AI traffic from 2016 up to 2020, Brazil experienced the most change in the AI sector, gaining 3.4 times more AI-related career occupations. Other than Brazil, these are the countries with the biggest hiring index scores:

IDC predicts growth in AI spending in the near future, jumping from $85 billion to more than $204 billion with a CAGR of 24.5%. Furthermore, it is shown that in 2021, Automated Customer Service Agents and Sales Process Recommendation and Automation were the two largest AI spending segments, accounting for US$15.9 billion of all spending that year.

Robotic/intelligent process automation spending rates have exponentially grown in the last few years. They reached their peak in 2019 when US$2.9 million were spent on RPA and more than $8 million on IPA. It was then expected those same numbers to reach $13 million for IPA spending and $10.4 million for RPA by 2023.

Directors of Analytics are the highest-paid employees in the AI industry with an average of $188,000 per year. They are followed by:

Analysts foresee a big change in the work industry with more than 80 million workers losing their jobs to robots and redundant jobs declining by 15.4%. However, predictions also show an even bigger number of workplaces emerging by 2025.

With around 97 million new job positions predicted, people shouldn’t need to worry that AI will completely overshadow the workforce.

Currently, there are 773 AI startup companies in Australia. Harrison, the provider of AI systems for multiple diagnostic analysis, takes up most of the investments with US$117 million worth of funding. Willow is another exciting Australian startup company with US$81 million fundings on par with Open ($53 million).

Still when it comes to startups and funding, entrepreneurship stats from Australia reveal that most of the highly-funded companies operate in the fintech and banking industries.

We’ve listed some other AI startup companies in Australia for you to consider:

AI Adoption Across Industries in Australia and Globally

15. Over 80% of Aussies are interested in AI being used as a way to diagnose medical problems.

Safety, quality, and ethics are the top priority for 17.8% of Australians regarding AI usage in the healthcare system. Additionally, they stated their need for privacy (15.3% of consumers are concerned if AI protects their private information), leadership (13.7%), and research and development (11.7%).

16. Microsoft invested $25 million in a 5-year AI for an Accessibility program.

Around 18% of Aussies live with a disability. Luckily, Microsoft provides an AI Accessibility program made to help these people with daily tasks. Vision impaired people can use the Soundscape app to receive audio prompts about places and objects around them. Furthermore, the Endeavour Foundation made accessible 15 learning programs for people with mental disabilities.

The Pilbara region is already heavily reliant on AI equipment for mining purposes. For example, the Rio Tinto mine-of-the-future is the most automated one with 140 driverless trucks, 60% of train kilometres in autonomous mode, and over 11 automated drills. On the other hand, BHP has 50 autonomous vehicles and 20 autonomous drills.

18. Australia can save up to $1.3 billion per year by using on-farm agricultural robot machines.

Because some weeds have become resistant to herbicides, the Queensland University of Technology developed the Agron II robot which sprays and mechanically destroys unwanted weeds, thus improving the overall farming productivity.

19. AI has a 21% usage rate in service operations and product development.

AI technology is used in service operations (21%) and product development (21%) at a large rate to further help the industry. This is how much Artificial Intelligence has impacted all the other industry functions worldwide:

20. AI has a 39% usage rate in high tech service operations.

The telecom industry has the biggest AI usage rate out of all the industries worldwide, especially in the functions related to service operations (39%) and product development (37%). Marketing and sales functions are right up next with a 26% rate, followed by human resources (14%), risk (14%), supply chain management (12%), manufacturing (11%), and strategy and corporate finance (9%).

21. 58% of respondents think that AI algorithms are best used for fraud detection in financial services.

Most survey respondents state that financial services might find AI most useful for fraud detection and finance process and analysis (41%). Cybersecurity (33%) is another valuable AI use case, on par with the personalization of products and services (33%). Customer care and asset maintenance have a share of 31% and 25%, respectively.

22. Almost 60% of survey respondents state that AI assistance is mostly needed for quality control in the manufacturing industry.

Other than quality control, inventory management (44%) seems to be the most important AI use case for the manufacturing industry, according to online survey respondents. They are followed by:

23. Aerospace, defence, and security is the most AI serviced industry in Australia with a 50.6% share.

More than half of AI organisations participating in an online survey stated that Artificial Intelligence is mostly needed in the aerospace, defence, and security industry. It is followed by:

24. The Australian Government plans to invest $53.8 million in developing a National AI Centre with four other AI and Digital Capability Centres.

Australia wants to establish a National AI Centre in order to increase business adoption of AI technology through coordination of AI activity, expertise and capabilities. The Australian Government will also provide $12 million to the Catalysing the AI Opportunity in our Regions program, which will co-fund competitive grants to spread AI benefits all across Australia.

25. The Australian Government invested $1.5 billion in a Modern Manufacturing Strategy.

Artificial intelligence has helped people immensely with virtual assistants, spam filtering, image labelling, and even facial recognition. Because of its huge influence, the Australian government is planning on implementing certain strategies that will help the AI Australia industry reach a wider audience and transform industries and businesses for the better. 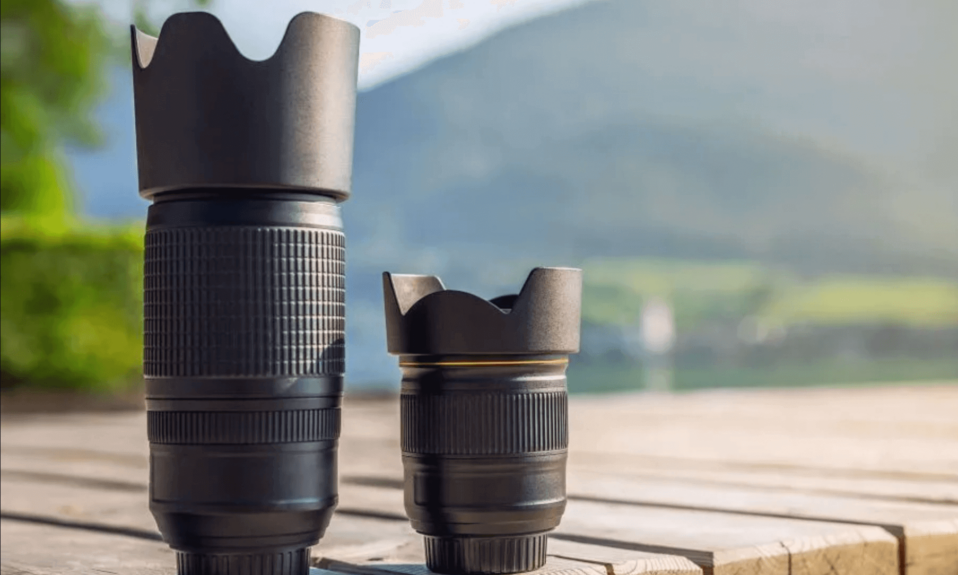 What Is Telephoto? A SImple Guide  

Published on 23 days ago 7 min read 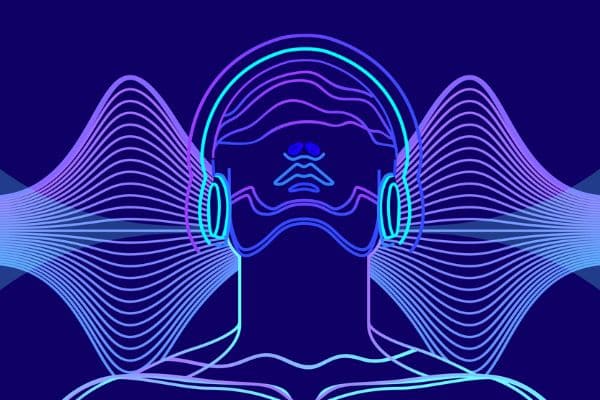 What Is Windows Sonic for Headphones: Experience Real 3D Audio 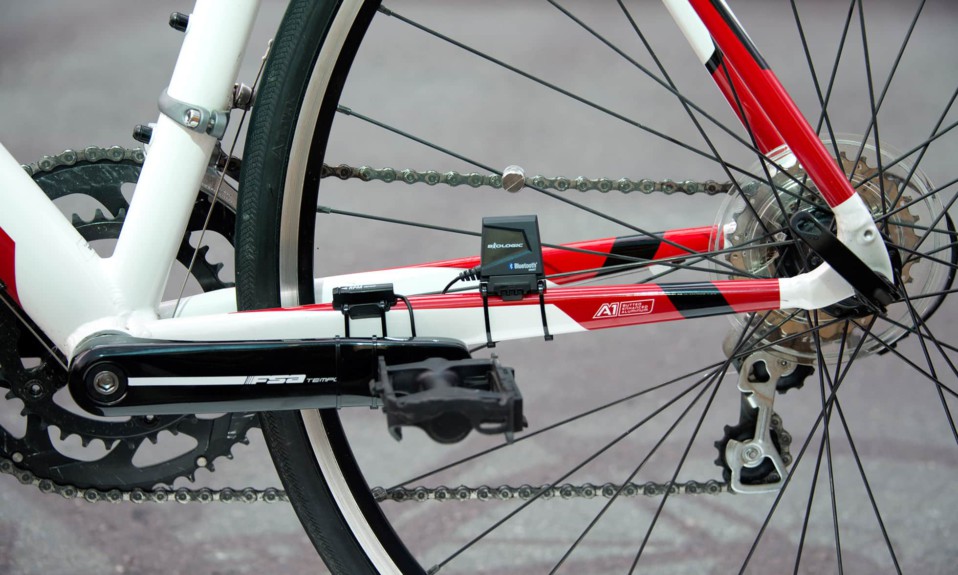 What Is a Cadence Sensor? A Comprehensive Guide to Cycling Sensors 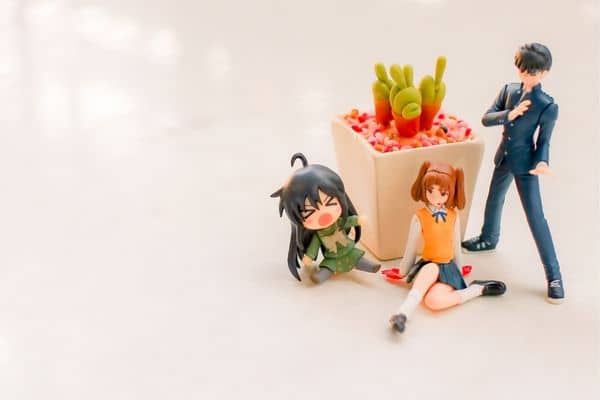