As with any other nation, Aussies like to gamble. In fact, gambling statistics in Australia show that around 50% of the adult population takes part in some form of gambling on a regular basis.

But exactly how much do Aussies win or lose per year? What are their favourite games and how often do they bet?

Find out all the answers below.

10 Winning Facts About Gambling in Australia

1. Half of the population gambles online on a regular basis.

The latest figures tally 9.9 million regular gamblers in Australia. In other words, 50% of adult Australians gamble in some way in an average yearly quarter.

Reports indicate that in 2017-18 the country’s total gambling losses amounted to $24.88 billion. This means that the average Australian lost $1,260 on gambling.

Breaking down that number tells a familiar story: Australians lost a total of $20 billion on poker or $1,017 per person. Racing losses topped $3.5 billion, and a further $1.2 billion was lost on sports betting in Australia.

3. Nearly 43% of Australians play the lottery.

Recent data indicates 8.4 million or 42.6% of all Australians played the lottery or chose instant scratch tickets, while about 12% or 2.4 million played poker machines in an average yearly quarter in 2020. Sports betting was the third most popular form of gambling in Australia, with 2.1 million participants or 10.4% of the population.

5. In 2020, the gross value added (GVA) of tourist-related gambling activities was more than half a billion.

Gambling also seems to be popular among the 1.8 million international tourists who visited Australia. In 2020, the total value added (GVA) for casinos and other gaming facilities related to tourism was $590 million.

According to a study carried out by the Victorian Responsible Gambling Foundation, using real money to bet on esports was the most common gambling activity. In fact, the study found that over 65% took part in monetary eSports betting at least once in two weeks. What’s more, over 90% of eSports bettors used cash (95.3%) or skins, i.e. in-game currencies (91.2%) to place wagers on eSports. 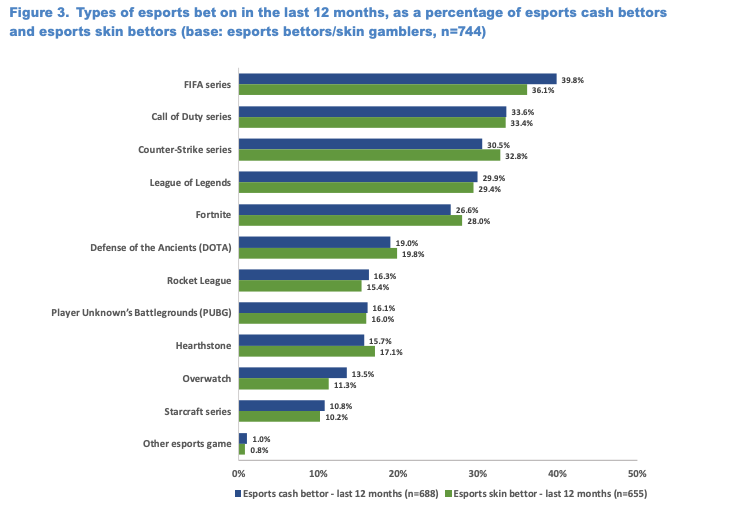 In terms of specific eSports to bet on, FIFA came out on top—39.8% put real money on the game. Call of Duty, CSGO and League of Legends were also pretty popular among eSports bettors and skin gamblers, whereas only 1% of eSports gamblers put money on other titles like Dota 2 and the mega-popular Minecraft.

7. 16% of Australians begin gambling before they turn 18.

The legal gambling age in Australia is 18 years, but in recent years gambling has increasingly been reported among teenagers. Stats show that one in five of those struggling with gambling addiction started gambling before the age of 18. What’s more, as much as 16% of youths aged 16 and 17 engaged in some kind of gambling over the past 12 months. Among those under the legal age, 20% of boys and 12.5% of girls spent money on gambling activities.

8. Gambling in Australia is most popular among adults aged 50 and over.

According to a 2018 report, gambling is the least appealing to young people aged 18-24, with “only” 27.5% of the young adult population in Australia engaged. The next age group, adults aged 25-34, also gambled at a lower-than-average rate of 37.5%.

However, the older generation is still at it: more than 60% of adults aged 50-64 engaged in gambling activities, and the rate in the 65+ age group was similar at 57.8%.

9. Men are the majority of regular gamblers in Australia.

The latest available data on gambling by gender indicates that 54.2% of regular gamblers are male, while 45.8% are female. Seeing as women make up 51% of Australian adults, it may be said that women participate less frequently in gambling. This is borne out by more detailed findings:

10. Almost half of Australians working full-time jobs are regular gamblers.

According to current research on sports betting in Australia, over 620,000 adults bet on sports. Most sports bettors were males between the ages of 35-49 (4.9%).

The Gambling Industry in Australia

12. The country’s average annual gambling income is around $5 billion.

Australia’s gambling industry is one of the most profitable in the world. The average income from gambling in Australia amounts to around $5 billion every year. Most of the casinos in the country are built so as to attract tourists, which contribute an average of $4,900 per visitor to the Australian gambling industry.

13. There are more than 20 full-service casinos spread across all Australian states.

An additional 14 casino hotels are also registered in the country. There are 7 licensed bingos and 4 lotteries. Betting on the most popular sports (and even some obscure ones) is legal online, but about 3,000 physical shops exist, offering fixed odds and tote wagers. Australia has the most registered racecourses of any country, with a total of 350 tracks.

Seeing as the adult population in 2018 was about 19 million, that works out to one pokie per 100 adults.

15. The Australian gambling industry spent $270+ million on advertising in 2018.

The gambling industry in Australia invested $273.2 million in ads and promos in 2018, a considerable increase from 2011 when the industry spent a modest $89.7 million.

In an average three-month period in 2018-19, 1.8 million Australians over the age of 18 placed some kind of bet. Of those, 1.2 million bet on horse racing. Race betting remains prevalent among older age groups, especially those over 50.

The total turnover from sports betting for the same period was around $10 billion, a significant decrease of 2.2 billion or 18% compared to the previous year.

Stats and Facts on Online Gambling in Australia

In 2019, Aussies chose Sportsbet, an Irish-owned website, as the leader among betting sites in Australia. Nearly 45% of online gamblers said they placed a bet on the site in the past 12 months.

The number of online gamblers increased to 11% in 2021 from 8% recorded a year before. Sports betting was also on the rise with 8% of Aussies betting on races last year.

Believe it or not, Australia has 18% of all gaming machines in the world. The machines have an average payout rate of about 90%, meaning there is no way to beat the odds in the long run. But the large winnable sums still exert a strong draw on the players. Poker machines are designed to be addictive, and poker machine addiction in Australia is extremely common.

21. The popularity of pokies has plummeted in the last two decades.

Even as gambling expenditure rises year or year, participation in betting has been in a slow decline for a while. This is best exemplified by poker, something of a national pastime in Oz. Over the last 18 years, the number of Australians who play poker machines has declined by 50%, from 4.8 million to 2.4 million.

The trend is not evenly observed across state and territory lines. For example, 23.6% of Northern Territory residents played the pokies in 2019, while only 5% of those living in Western Australia, where the use of poker outside of casinos is illegal, did the same. Both are far from the national average of 12.6%, as reported in a 2020 Roy Morgan survey.

In three years running up to 2018, the number of Australians who purchased a lottery or scratch ticket held steady at 8.6 million. This number is now down to 8.4 million, which still means 42% of adult Australians bought some kind of gambling ticket.

Lotto statistics up to June 2018 reveal that 7.7 million Australians bought a lottery ticket of some kind, such as Monday/Wednesday/Saturday Lotto, Powerball, Oz Lotto, or other lottery tickets, down from the 7.9 million sold in previous years. Scratch card sales also dropped to 3 million from 3.2 million in 2015.

Keno is beloved in Australia, so much so that the nation lost more than $350 million playing it in 2018-19. NSW residents lost the most money, around $150 million, while Queenslanders also spent more than $100 million.

Social Problems and Cost of Gambling

24. Four in five surveyed gamblers are at risk of or experiencing gambling-related harm.

Is gambling a problem in Australia? Gambling participation, gambling frequency, and figures on gambling losses suggest it is. According to recent gambling addiction statistics in Australia, 79% of surveyed subjects said they were at risk of or had already seen some gambling-related harm in 2020. Out of all responders, 19% were low-risk gamblers, 31% were moderate risk, and 30% were problem gamblers.

25. Problematic gambling has a significant impact on family members and family relationships in Australia.

According to a survey-based study, the family member who most often had an issue with a gambler was their partner (66%) and, in the majority of the cases, a woman (89%). The average age of the family member was 36, and 59% of those who sought help were under the age of 35. In addition, gambling frequently causes family problems for parents, siblings, children, and friends.

26.  1% of the Australian population has a severe gambling problem.

In addition, moderate gambling problems affect about 2% of Australian adults. Gambling addiction also causes emotional and mental health disorders, causing 4.7% of couples in the country to get divorced. Even more alarming, around 400 Australians commit suicide as a result of gambling addictions every year. That’s one Australian life lost to gambling every single day.

27. In 2019, 45% of Australian online bettors reported losing funds due to gambling.

Speaking of gambling-related harm, it’s important to remember that online betting in Australia has had a significant impact. As many as 45% of Australian online gamblers reported a decrease in either spending money or their savings as a result of online betting. Another 18% regretted doing it, while more than 30% said gambling made them feel embarrassed, distressed, or “like a failure”.

28. The phrase “gamble responsibly” has no impact, the majority of Australians feel.

In fact, 70% of Australians believe the use of the slogan does nothing to reduce the negative effects of problem gambling in the country. One in five thinks that the slogan has some influence, while only 3% believe that it’s effective.

29. The Australian government receives annual gambling revenues of around $6 billion.

The total contribution of gambling to the national budget of Australia has grown over the last decade. In the financial year 2018, the total gambling revenue in Australia was $6.2 billion, up from $5.9 billion the year before.

All this means that the average Australian contributed about $11,500 to the country’s yearly gambling turnover.

The available facts about gambling indicate that the gaming category accounts for the largest gambling spending in Australia at around $20 billion. In this time frame, total casino spending was $4.8 billion, while the gaming machine expenditure was $12.7 billion.

When it comes to race betting, one of Australia’s favourite gambling practices, the total spending in 2018-19 was $3.5 billion. In comparison, sports betting boasts a comparatively minuscule spending figure of $0.9 billion.

32. New South Wales had the biggest annual gambling turnover in 2018.

Gambling Trends and the Effects of Covid-19

33. The number of high-frequency gamblers increased during the pandemic.

There was a rise in the number of those who gambled four or more days a week during the lockdowns: 32% of responders did so, up from 23% prior to the pandemic.

34. During the pandemic, 78% of all Australian gambling took place online.

The popularity of online gambling spiked during the lockdowns, as one in three Australians signed up for one or more new online accounts. Before the pandemic, 62% of those who gambled did so online, but the figure increased to 78% in the corona era.

At the same time, there was a significant drop in land-based gambling in Australia. The average gambling on poker in clubs and bars fell from 23% to 8%, while casino gambling dropped from 4% to 1%.

These Australia gambling statistics illustrate that the continent is embracing current and future global trends in gambling, from eSports betting to the use of VR technology.

As the gambling industry continues to grow at a rapid pace, the government must continue to take any necessary steps to ensure that problem gambling does not get out of hand. We can only hope that the phrase “gamble responsibly” gains some meaning before too long. 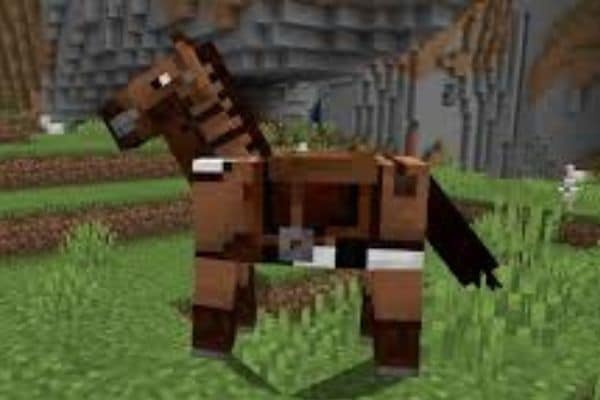 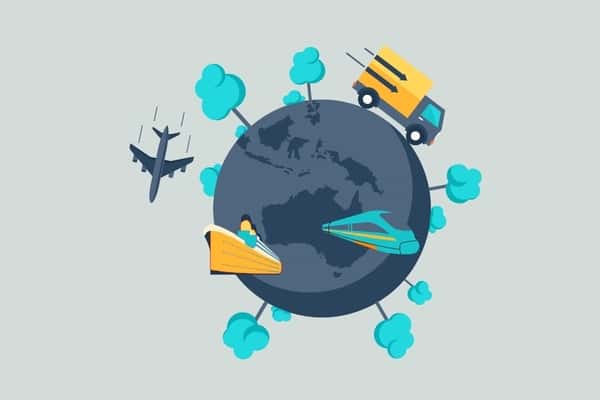 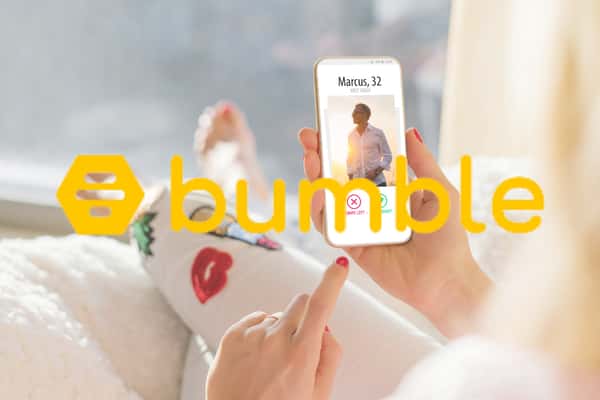 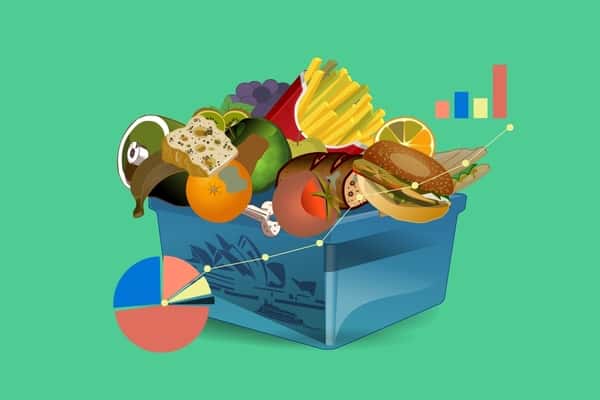