Whether it’s the classic espresso or a frothy cappuccino, Aussies sure love their coffee.

In fact, Australians, who consume about 14 cups of Java a week, are among the 30 world’s biggest coffee drinkers!

Read on for more fascinating coffee consumption statistics from Australia as we take a closer look at some of the key market figures.

Aussies seem to prefer instant to roast coffee as 0.7 kilogram of total coffee consumed in 2021 was roast and 1.4 kg was instant coffee. In terms of total volume, 52.9 million kg of coffee were consumed in 2021 (35.2 kg of which were instant and 17.7 kg was roasted coffee).

For comparison, 9.8 people in Australia drink tea at least once a week, while the number of beer drinkers reached 6.8 million, making coffee one of the most popular beverages in the country.

3. 27% of Australians say they cannot go through the day without coffee.

33% of millennials and 30% of Ge Xers say they need coffee to survive the day. 45% of older age groups, namely the Builders generation, like to drink coffee but are not dependent on it.

4. 78% of Australians value the taste and quality of the coffee served.

Quality and taste come before price (6%), customer service (4%) and speed of delivery (2%) for Australians. Speaking of factors that would make Aussies pay more for a cup of coffee, the origin of the bean takes precedence (15%), followed by the brand of the coffee roaster, customer service, and location.

Other interesting findings from a 1,000 survey on coffee consumption reveal that:

5. 64% of customers said they would return to a cafe for their loyalty program.

From the 1,000 coffee lovers surveyed, 41% stated that they want to be rewarded with a free coffee for a certain number of cups bought, much like some of the best VIP and discount reward clubs do. 30%, on the other hand,  would prefer to get loyalty points they can later redeem.

Even though coffee is under $5, the use of cashless payment methods in the coffee industry has seen incredible growth, going up to 67% in 2019. That means that only 33% of coffees sold in the country were paid for in cash.

7. Latte is the most common coffee order in Australia.

According to the latest research carried out by Square, the latte ranks first among the top five orders sold at coffee shops. Accounting for 27% of total cups sold in 2019, it is followed by the OG Australian coffee beverage, the flat white.

8. 86% of coffee drinkers in Australia have a coffee at home on weekdays.

Older generations prefer to have coffee at home as opposed to going to a coffee shop. Thus, only 26% of members of the Builders generation and 33% of baby boomers would go to a cafe. The same is true for 53% of millennials and 61% of Gen Z.

9. Coffee consumption at home increased by 37% during the coronavirus pandemic.

Australians seem to have turned to coffee to deal with the Covid-9 lockdowns as total consumption increased by 37% in March 2020. Consumption of coffee beans grew the most by 49%, while home consumption of premium instant coffee also went up by 48%.

48% have a pod coffee machine and 20% own an automatic coffee machine, some pre-corona stats reveal. However, with home coffee consumption on the rise, these numbers are bound to have increased as well.

11. 70.8% of working Australians said coffee was part of their daily routine.

Australian workers drink one to three cups of coffee a day, spending between $2 and $5 daily. This translates to about $1,000 a year just on coffee.

Statista estimates that almost a quarter of all coffee in the country are coffee-to-go orders. This puts Australia fourth globally, preceded by Japan, Canada and the USA where more than 40% of coffee sold in coffee shops is consumed off the premises.

Cost of Coffee in Australia

Several global incidents, including the Covid-19 restrictions and frosts in Brazil, are expected to increase prices to $6 or $7 per cup by the end of 2022.

For comparison, Square’s 2019 Coffee Report reveals that the average cost of a coffee cup was around $4.

Chai was the most expensive of all coffee types in Australia, priced at $4.16, whereas the nation’s favourite coffee beverage, latte, was the cheapest at $3.96 per cup.

14. Darwin has the most expensive coffee, with a cappuccino costing $4.86.

This is how much a regular cappuccino costs on average in different Australian cities:

Although Statista estimated that the number of cafe and coffee shop employees would hit 96,211 by 2020, the Covid-19 travel restrictions have caused coffee-selling establishments to face a shortage of workers, particularly around the holidays. As a matter of fact, job ads in the hospitality and tourism sector increased by 76% in November 2021, while applications dropped to a record low.

Currently, the median café salary is around $28.21 per hour. This translates to about $55,000 a year, making it one of the highest-paid jobs that don’t require any previous experience.

Data from June 2020 on the other hand reveals that the majority of those establishments or 26,969 cafés and restaurants, had an annual turnover from $200,000 to $2 million. Only a very small percentage had a turnover of over two million dollars a year.

While the import of coffee beans declined in 2020 from 1.61 million 60-kilogram bags recorded the year before, the import of ground and roast coffee went up by 35 thousand 60-kg bags between 2019 and 2020 reaching 200 thousand bags.

19. Only 600 tonnes of coffee are produced in Australia.

Selling over 58.7 million hot drinks sold in 2020, Gloria Jean is the biggest coffee chain in the country. It also has a strong online presence, particularly on the most popular social media sites in the country ( 342,950 followers on Facebook and over 12,000 on Instagram).

21. Starbucks accumulated $105 million in losses and shut down 61 locations across Australia.

The mega-popular coffee shop did not fit the Australian coffee culture. Starbucks opened nearly 90 locations since it entered the market in 2000; however, eight years later it was forced to close over 70% of its underperforming coffee shops.

Who Drinks the Most Coffee in Australia?

22. Women are bigger fans of coffee than men.

52.3% of women in Australia drink coffee compared to 47.4% of men. In terms of income, stats show that people with low income drink more coffee: 34.2% of those with lower income as opposed to 32.5% of people with medium income and 33.3% of high earners.

23. 25 to 34 year-olds are the biggest coffee drinkers in Australia.

Regarding other generations, Statista data on demographics of coffee drinkers in Australia shows the following:

24. The use of non-dairy alternatives is on the rise.

Even though Aussies consume 97 litres of milk per person a year, they have been shifting more towards plant-based alternatives. Among these, soy milk is still the most popular (47.6%)  although almond milk (44.2%) is catching up.

Reusable cups, i.e. BYO cups are also trending, spurred by growing environmental consciousness. Some retailers like one of the biggest franchises in the country, 7/11 are even offering a $1 reward if you come in with a reusable coffee cup.

Queensland has passed a law banning “killer” single-use plastic from September 2021, which prohibits the use of plastic and polystyrene straws, food containers and cups.

26. High operating costs were identified as the main barrier to increasing environmental sustainability.

Judging by a 2021 survey, high operating costs and tight profit margins were deemed the biggest challenges towards implementing environmental sustainability in the Australian coffee industry.

Projections show that revenue will grow at an annual rate of 5.5% over the next three years, reaching $10.7 billion. Some of the trends expected to drive growth include:

Before You Take the Last Sip

Even though the Australian ‘coffee culture’ did not start until the 1960s, it has quickly grown into a daily routine for many people in the country.  People in the land Down Under love coffee and even more importantly they appreciate good, quality coffee with many of them willing to pay more for superior taste and sustainable practices.

Will growing coffee prices change all that? They might, but judging by the coffee consumption statistics from Australia listed above, it seems highly unlikely that Aussies will give up their love affair with caffeine that easily.

Yes. Despite a slight decrease in 2020, national coffee consumption has increased steadily between 2017 and 2019. In 2020, Australian residents consumed 1.96 million sixty-kilogram bags.

2. What is the coffee culture in Australia?

Australia has a very unique coffee culture with the beverage being part of many Aussies’ daily routine. In fact, the coffee culture in the country is so strong that 95% of all cafes in Melbourne, one of the biggest coffee hubs, are independently owned.

3. How many cups of coffee are sold each day in Australia? 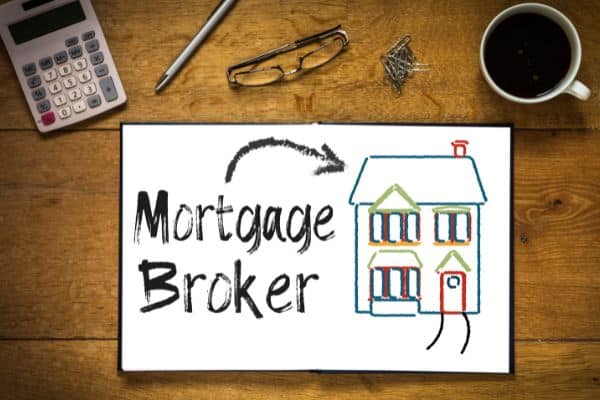