Australia may have ceased domestic car manufacturing, but the wheels of the car market are still turning. The number of drivers grows by the day and nearly every household owns a vehicle. Australians love cars, it is as simple as that.

But how many are familiar with the country’s best-selling automobile brands and the car models Australians prefer? Are Aussies more likely to buy new or used, drive gas or go green?

We took a road trip across the latest and most eye-catching car market statistics in Australia, and all we got you was this exhaustive roadmap of the sector.

Ready for a ride? Ladies and gentlemen, start your engines!

Altogether, 11.2 million new cars were sold in Australia in the last decade, an average of well over a million annually. Car sales grew strongly year on year from 2011 to 2016, but stalled from 2017 onwards.

3. Aussies aged 50+ are most likely to buy a new vehicle.

4. The number of drivers among young Aussies is dwindling.

5. Australia saw a boom in classic car sales this year.

2021 saw a spike in recorded sales and website visits for classic car auctions. In the near future, neither demand nor prices are expected to fall.

6. One in three new vehicles in Australia is bought in New South Wales.

(Man of Many) (Statista)

Looking at the history of cars in Australia, it seems that the 1970s were likely the golden era, when the domestic car industry was thriving and the three major car manufacturers successfully competed with imported brands.

9. Who sells the most cars in Australia?

According to Australian car sales statistics by manufacturer, Toyota has maintained its position as the best-selling car in Australia. In 2020, it sold 204,801 vehicles and had a 22.3% share of the car market. Mazda with 85,640 vehicles sold and 9.3% market share, and Hyundai with 64,807 cars sold and 7.1% market share, were the other top car brands in Australia.

Toyota Hilux was first among the best selling models, according to Australian car sales statistics, with 45,176 new cars sold during the year. The Ford Ranger was also a standard choice among drivers, with 40,973 units sold. Toyota also saw strong sales of its RAV4 model (38,537 sales) and the Corolla model (25,882 sales). Other car models that Australians bought in 2020 include the Mazda CX-5 (21,979 sold) and Hyundai i30 (20,734 sold).

In 2020, SUVs conquered the Australian car retail. This segment accounted for an incredible 49.6% of the market share, up from 45.5% in 2019, and 454,701 sales from a total of 916,968 cars sold in Australia in the full calendar year. To put it simply, every other Australian who drove off from a car dealership in a new car in 2020 was sitting behind the wheel of an SUV.

Passenger vehicle sales floundered across the continent, with the category accounting for 24.4% of the market share. Light commercial vehicles accounted for 22.4% of the market, as 205,597 LCVs were sold in Australia in 2020, an 8.9% decline from 2019.

In March 2021, Australians purchased 411 new electric cars, a 151% increase in all-electric vehicles purchased over the same period the previous year. This continues the segment’s recent growth, as electric green cars sales rose by 69.3% during 2020.

Looking at car retail over a longer time frame, more than 20,000 electric vehicles have been sold in Australia since 2011. We may think the number is insignificant when compared to the total number of new vehicles purchased in the country over the last decade (over 11 million). However, recent figures show that the electric car industry has overcome the pandemic slump and is expected to show healthy growth in the future. Australians are interested in electric cars and hybrid vehicles in particular.

15. Used car prices in Australia reached a record high during the pandemic.

Prices went up 35.2% during 2020, reflecting the huge demand for used cars during the pandemic. Put differently, 2020 was the best year to sell a used car in Australia. The COVID pandemic slowed vehicle production around the world and, as a result, vehicle imports into Australia. Additionally, people began to rely less on public transportation. Rather than travelling internationally, many invested in a used car and travelled locally.

Used car sales statistics in Australia show that the most popular used vehicles in the country experienced double-digit price increases in 2020. According to Carsales, Australia’s number one car website, the average price for a used Toyota Land Cruiser in October 2020 was $62,500, a 25% increase compared to October 2019. Another Toyota model came in second, with a price of $33,000 for a Toyota Hilux, a 23.2% price hike compared to 2019.

17. There are 6,457 registered car dealers across Australia.

All in all, there are 3,303 new and 2,686 used car dealerships across the continent. You could also find your vehicle at 97 car auction dealerships, or any of the 389 auto loans & motor vehicle finance offices.

18. The revenue of the car parts retailing industry is $5.4 billion.

In terms of revenue, the Australian motor-vehicle parts retail sector is valued at $5.4 billion. In 2021,

In 2021, the industry was projected to increase by 0.5%. In the last 5 years, the motor vehicle parts industry has grown on average by 0.3% per year.

In 2020, the majority of motor-vehicle parts retailers were based in NSW, with 688 companies across the state’s territory. In contrast, the ACT had the fewest car parts businesses, with just 20 in operation.

20. The automotive industry added $37 billion to the economy.

Recent Australian automotive industry statistics report that the industry contributed $37 billion to the Australian economy and employed over 356,000 workers as of May 2018.

21. Over the last 5 years, car industry revenue dropped an average of 4.9% annually.

In terms of revenue, the car market in Australia was estimated at $144 billion in 2020, with an expected decline of 3.7% in 2021. The overall revenue of the automotive industry in Australia has been dropping by 4.9% on average over the last 5 years.

Following the negative effect of the pandemic on car sales, Australia’s automobile imports reached $3.9 billion in March 2021. This is an improvement of nearly $1 billion or 34% from March 2020 and a clear signal that, after months of a downturn, supply chains are returning back to normal. Estimates indicate that improved car stocks have resulted in a 137% increase in car sales in April 2021.

Vehicle sales fell 48.5% year on year in April 2020 and 35% in May 2020 when Australia was struck by the first wave of the coronavirus pandemic. Fortunately, sales slowly grew again at 12.4% in November and 13.5% in December 2020, compared to the same months in 2019. But the automotive market forecasts for 2021 are promising and it seems that Australia’s automobile sector is on the rebound.

This upward trend continued into the first quarter of the year, with sales increasing by 13% compared to the same period in 2020, recording a total of 263,468 vehicles sold.

25. 70% of Australians want to buy a diesel or petrol vehicle.

In the face of rising awareness of our contribution to global warming, the focus on traditional internal combustion engine drivetrains is a compelling trend that will impact the automotive industry in the foreseeable future. In 2021, as many as 70% of Aussies believe their next vehicle will run on gasoline and diesel. They indicate the high prices of battery-powered electric vehicles and the poor charging infrastructure as grounds for their position. At the same time, 18% of Australians expect to purchase a hybrid-electric vehicle, while 4% hope to buy a  battery-powered vehicle.

26. Australians still prefer to buy cars in person rather than online.

According to the latest analysis, a substantial 70% of Australians prefer to buy their new car in person, through a licensed car dealer if possible. However, 60% would be willing to use virtual platforms if they are free of charge.

27. What percentage of cars are financed in Australia?

(Royal Commission into Misconduct in the Banking, Superannuation and Financial Services Industry)

As reported by the Australian Securities and Investments Commission, 90% of all car sales in Australia are financed through loans, with approximately 40% going through a dealership and 60% financed through other sources. Financing for new vehicles has expanded over the last decade at the expense of financing for used vehicles, and typical loan sizes currently range between $20,000 and $40,000.

Australian news outlets reported that close to 20% of the 1.1 million new cars sold in 2018 were purchased with a car loan. In all, Aussies borrowed over $8 billion to finance a new ride that year.

Secured car loans, on the other hand, have an average interest rate of 7% per year, as the lowest interest rate was 3.97% and the highest reached 17.99 %.

After reviewing the car market statistics above, we can conclude that the car market as a whole was significantly impacted by the effects of the COVID-19 pandemic. Some car trends are back to previously forecast levels, whereas others may take a while. We expect the Australian automobile sector will make a full recovery, continuing to serve the needs of drivers and the economy alike. 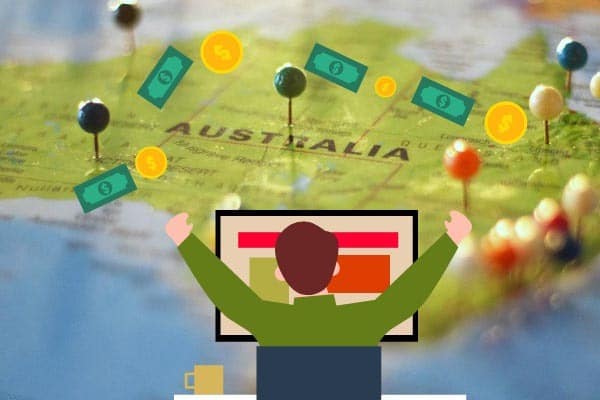 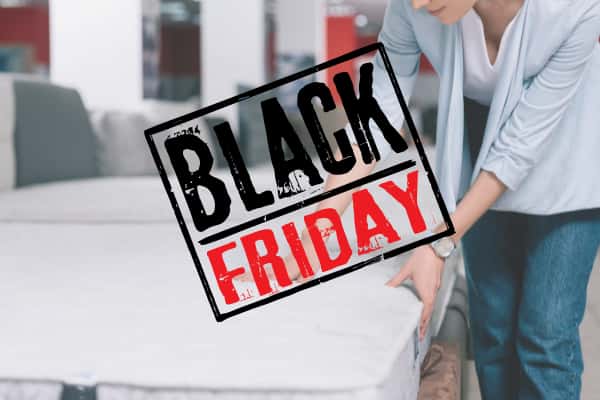 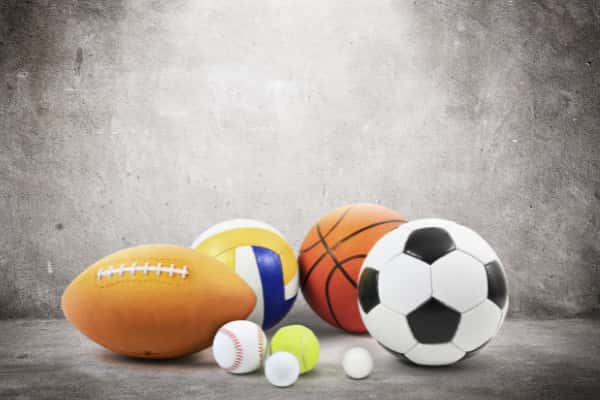