Since its first introduction as a public ledger for recording Bitcoin transactions in 2008, Blockchain has gained global mainstream success.

If you want to know what percentage of the world uses Blockchain compared to Australia, as well as read some captivating crypto and blockchain statistics, you’ve come to the right place.

1. Over a million Aussies own some kind of cryptocurrency.

If you’re wondering what percentage of Australians are in crypto, the answer is 5%, or somewhere over 1 million Aussies.

2. Bitcoin is the most popular cryptocurrency worldwide with a market cap of over 1 trillion AUD.

With so many blockchain companies today, it’s difficult to choose where to invest your money. Nevertheless, Bitcoin still is the number one cryptocurrency in the world, reaching a market cap of over 1 trillion in May 2022. Here is how the rest of the most popular cryptocurrencies rank by market cap as of May 4th, 2022:

4. Only 18% of Australians are familiar with NFTs.

Only 18% of Australians are aware of NFTs, according to a recent poll. 75 per cent of respondents said they were unaware while 6% were undecided. These figures suggest that Australians are still unfamiliar with the NFT craze.

To get started investing in NFTs alll you need is a stable internet connection and a cryptocurrency wallet.

5. Binance is the largest cryptocurrency exchange system in the world.

Since its launch in 2017, Binance has managed to become and stay the largest cryptocurrency exchange system globally in terms of the daily trading volume of cryptocurrencies. The most recent data shows a substantial increase in Binance volume exchange in recent years, peaking at $174.8 in May 2021. Although numbers have plummeted a bit, this cryptocurrency exchange platform is still holding firm in 2022 with a $73 billion volume exchange in April, a much higher amount than the $5.8 billion just five years earlier.

7. China is seen as the global leader in blockchain technology development.

In 2018, 18% of respondents of a survey stated they believe China is the leader in the blockchain development segment, while 30% stated they believe China will be the leading country in blockchain technology development in the 2021-2023 period. These predictions coincide with the current state of affairs, with China being amongst the leading countries in this respect, along with the US, Japan, Switzerland, and Germany.

9. In June 2021, nearly 10% of respondents in an Australian survey reported they invested in Bitcoin.

In case you want to know how popular is Bitcoin in Australia, the survey results show that 9% of respondents had invested in Bitcoin, while 8% reported investing in Ethereum (27%).

If you’re looking to cash in on your investment and sell Bitcoin in Australia read this helpful Guide.

10. Millennials are the age group that invests in cryptocurrencies in Australia the most.

As of February 2022, 36% of Australian Millennials have invested in crypto, making them the age group that invests in crypto the most in Australia. Right up next are:

Although baby boomers are the least likely age group to invest in crypto in Australia, the ones that do spend around AU$56,200 on cryptocurrency investments, which is more than double the sum Millennials or those belonging to Gen X would invest.

Cryptocurrency statistics on investments in Australia reveal that only 332,000 crypto investors are women, while the number of men (742,000) is substantially bigger. Additionally, the average investment men make is  AU$23,400, or almost double the amount that women generally invest in crypto (AU$12,800).

13. The majority of respondents in an Australian survey said that they think Bitcoin is a bubble that will eventually burst.

Although the survey showed mixed opinions on crypto, it revealed that 73% of respondents agree that Bitcoin will one day experience an abrupt contraction in value, and 63% agreed that Bitcoin was purely speculative.

What percentage of the world uses Blockchain wallets? According to the latest Blockchain usage statistics, 82.2 people worldwide use unique cryptocurrency wallets created on Blockchain—and the increase in consumers doesn’t seem likely to stop in the near future.

Most respondents seem to have realistic expectations of how crypto investments in Australia will unfold in the future. More than half of them expect a rocky path, 30% believe in steady and slow growth, while only 1% believe in a rapid exponential growth without dips.

According to estimates from blockchain analysis firm Chainalysis, Australian cryptocurrency investors made nearly $3 billion (US$2.1 billion) in profits during a hot market in 2021. That puts Australian-realised crypto gains at No. 17 in the world, just behind Switzerland and ahead of Vietnam, according to Chainalysis data.

And what percentage of crypto is taxed in Australia? According to the ATO, exchanging crypto for national currency, such as the Australian dollar, is a taxable occurrence.

For more information to help you manage your tax responsibilities when buying, selling or investing in cryptocurrency, read this guide.

Is crypto big in Australia compared to the other countries worldwide? Data from 2021 reports that although the country is behind the US ($47 billion) and the UK ($8.1 billion) in crypto gains, Australia still managed to rank in the top 20 countries with $2.1 billion gained from crypto.

The number of cryptocurrencies available worldwide increased more than double year over year. At the beginning of 2021, there were only 4,501 cryptos, but as of February 2022, this number stands at an astonishing 10,397 cryptos.

The Bitcoin market has experienced steady growth over the last couple of years. What started off with 1.3 million in 2009, quickly got to a shocking 18 million in a timeframe of 10 years. The total Bitcoins in circulation continued its slow increase over the succeeding two years, only to finally reach its peak of 19 million in 2022.

20. There are over 100 million Bitcoin users globally.

Around 106 million people worldwide own Bitcoins, with more than half being Bitcoin traders. Furthermore, 400,000 show to be daily users with 270,000 transactions per day.

How popular is Bitcoin in Australia? Although the number of Bitcoin ATMs worldwide grew aggressively between 2020 and 2021, statistics from August 2021 reveal that there are less than 40 Bitcoin ATMs in Australia!

Ethereum’s value went sky-high in 2021 after years of struggle. Ethereum’s highest point in price was in November of the same year, with an estimated value of AU$6.335. Since then, numbers have plummeted a bit but are still holding firm.

24. 30% of respondents in a survey on cryptocurrency investments in Australia stated they invest in crypto because of portfolio diversification.

Portfolio diversification is the number one reason for Australian crypto investments. It is followed by:

25. In 2020, more than half of participants in a survey revealed they wouldn’t use self-managed super funds to invest in cryptocurrency in Australia.

57.6% of survey respondents found it very unlikely to use managed super funds to invest in crypto, while only a tiny portion of 3.5% revealed they would most likely do it.

26. The global blockchain market is expected to reach almost $40 billion in revenue by 2025.

Blockchain growth statistics suggest a massive growth in global blockchain technology revenues in the next few years. In fact, it is expected that by 2025, the blockchain market will be worth $39.7 billion.

27. The average Bitcoin transaction fee was as high as 62 USD.

Bitcoin shows to have lower transaction fees, starting from $1.78 USD all the way to $62. Ethereum, on the other hand, has an average transaction fee of $1.59 at its lowest and $70 at the most.

28. The Commbank finance app has 12 million downloads in Australia

Out of all the Australian finance apps working with blockchain technology, Commbank takes the cake with 12.4 million downloads. This is how the competitors ranked based on Australia’s interest:

29. According to a 2021 survey on cryptocurrencies in Australia, almost 30% of Gen Z respondents reported using a crypto trading app.

The majority of respondents weren’t that fazed by the idea of possessing a digital currency, Baby Boomers (98%) in particular. However, 28% of Gen Z respondents stated they’ve used a crypto trading application, and 24% expressed an interest in getting one. When it comes to other age groups, 20% of Gen Y respondents have already gotten into crypto trading, while this percentage is slightly lower with Gen X respondents (13%).

32. According to a survey on leading reasons for not investing in cryptocurrency in Australia, over 40% of respondents think that crypto is too risky.

Although blockchain technology allows for direct peer-to-peer cryptocurrency transactions to take place online securely, scammers still managed to steal $14 billion in crypto in 2021, primarily because of decentralised finance platforms. This is one of the most common reasons why people don’t consider investing in crypto.

Australians lost AU$26.7 million to scammers through Bitcoin payments. The leading types of scams victims lost their money in were fake cryptocurrency investments and romance baiting.

Although Aussies tend to be sceptical when it comes to digital currencies, blockchain statistics reveal younger generations have a widened interest in blockchain and crypto investments.

Before you trade or invest in blockchain technology or crypto, we must advise you to be aware of the many scams and the fluctuating prices, as you can quickly get into financial problems if you don’t invest wisely.

We hope our article will help you through your crypto experience. 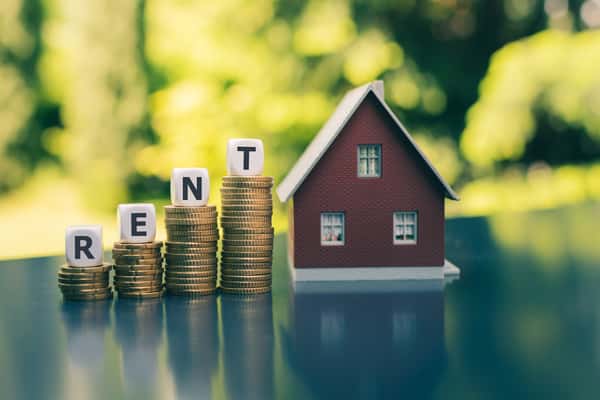 Published on 16 hours ago 10 min read 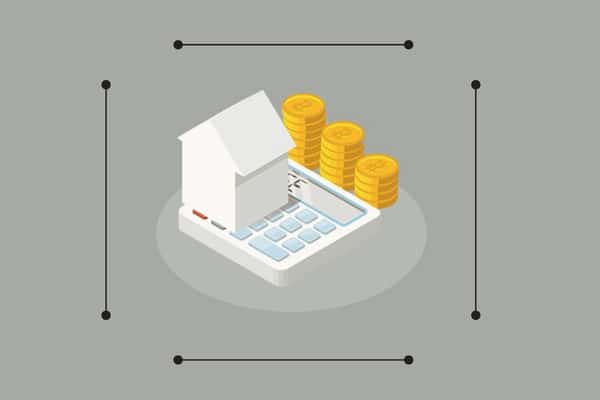 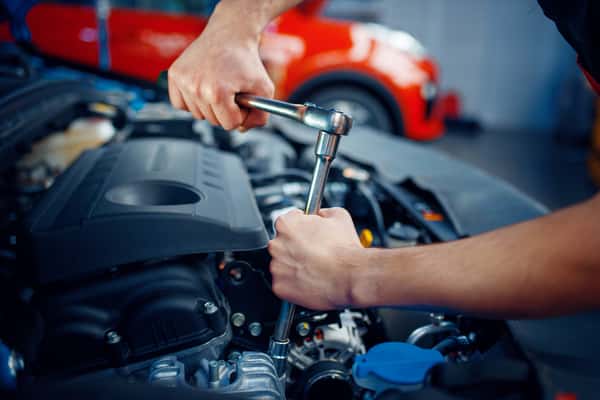 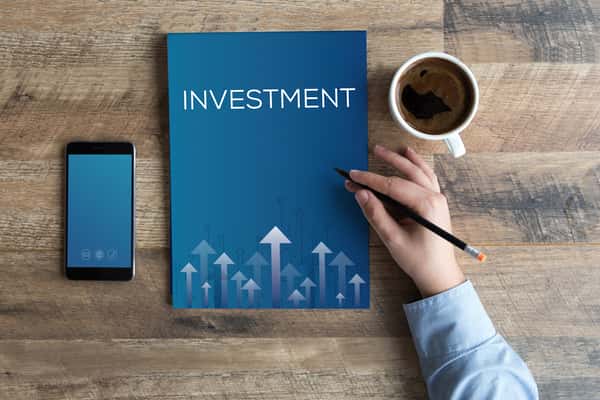 Where to Invest Money Right in Now Australia

Published on 5 days ago 5 min read