Innovations in battery power and wireless communication are ushering in a new era of smartwatches, smart glasses, hearables, smart rings, bracelets – and, erm, smart socks – to help us track our health, stay connected, and access information with ease. It seems these devices and the associated wearable technology growth will be with us for the foreseeable future.

Are Australians in tune with this new trend? Other than smartphones, what other fun gadgets do we use?

Here are some wearables adoption rate statistics and key figures.

1. The Australian wearables market is predicted to grow by 14.5% CAGR.

Figures indicate the Australian wearables market is expanding rapidly. According to a reliable wearable forecast, the sector is predicted to grow at a 14.5% compound annual growth rate in the next 5 years (2021-2026).

All in all, the smart watch adoption rate is up 22% from the previous year.

3. 1.3 million hearables were purchased by Australians in the second half of 2020.

Many things took a different turn in 2020, including the taste in wearables among Australians. In the second half of 2020, we purchased 1.3 million hearables. All in all, there were 5.9 million hearables users by the end of the year, which marked the first time hearables outstripped smartwatches (now at 4.9 million units) among smartphone users.

4. In 2020, there were 195 million connected wearable devices in the Asia Pacific region.

5.  One in four Australian smartphone users now also has a hearable device.

Some 5.9 million Australian smartphone users (27%) now pair their device with a hearable of some kind. This makes hearable devices the most popular accessory for smartphone users, putting them ahead of smartwatches. This is mainly due to their price, familiarity, ease of use, and advanced features such as AI assistants and voice activation.

6. Apple and Samsung hold 75% of the Australian hearables market.

In 2020, these two technology companies were the top two vendors of hearables in Australia. The giants from California and South Korea continue to dominate the market, selling three out of four new hearable devices between them.

Apple also holds the lion’s share of the wearable electronics market, ahead of second-biggest seller Fitbit.

Its reputation as a premium brand has not prevented Apple products from becoming some of the most widely used and most purchased products in Australia.

If we look at Apple stores data regarding their best selling wearable items, we can see Aussies are really keen on the Apple AirPods Pro, which sell for $399. These wearable earphones came out in 2019 and customers highly rate their size, cutting-edge design, and the great audio output.

In terms of wearables, the Australian population favors the latest in Apple’s line of products. The 2020 Apple Watch Series 6 is the most popular and sells for $599. Another favourite is the Apple Watch SE, which is slightly more affordable at $499.

Samsung has positioned itself as a popular brand for a wide variety of consumers, at least when compared to Apple. Their Samsung Galaxy Buds Pro are among the wearable gadgets that Aussies tend to buy the most ($349), alongside the Galaxy Buds Live, which are on offer at a price point of $159. These models have a unique, bean-shaped design, and offer great audio quality.

In terms of wrist wearables, the 2020 Samsung Galaxy Watch 3 ($449) is the company’s most purchased product. The features customers find most appealing are the heart-rate sensor, barometer, and ambient light sensor, to name a few.

10. The user penetration rate for wearables is 9%.

In 2021, the penetration rate for the Australian wearables market is 9%. By 2024, with the total target market expanding, the figure is predicted to reach 8.1%.

When COVID hit, Australians hit the wearables market hard. In the second half of 2020, Australians purchased 1.2 million wrist wearables, 72% of which were smartwatches, as well as 1.3 million hearables.

Anyway you look, the future of wearables is bright and the market should continue to grow in both users and value. To illustrate, estimates put consumer spending on wearables devices in 2021 at more than $80 billion worldwide. Specifically, Australia should see about 2.1 million unique users of wearable devices by 2024.

13. 26% of Australians aged 30-39 regularly monitor their health with wearables.

As the adult populations become more conscious about their well-being, they contribute to the growth of the health wearables market. According to a 2016 wearable technology market analysis, one quarter of Australians aged 30-39 regularly monitored their health with fitness bands or smartwatches. The figure is similar (25%) for 20-29 year-olds, but only 11% of those aged 60+ monitored their health on a regular basis. Furthermore, 75% of the adults in Australia aged 50+ had never monitored their health via wearables.

14. 70% of Aussies believe their fitness improved due to wearables usage.

As far back as 2016, 81% of wearable device owners said they had purchased the device to improve their fitness. And what a great success that was, as the Pureprofile survey indicates 70% of Australians believe they had improved their fitness and they had seen definite results.

15. Women tend to use health wearables more than men.

According to the latest stats, 62% of men and 57% of women have never tracked their health via wearable tech. Of those who regularly use health wearables for health tracking purposes, 20% are women and 18% are men.  Similarly, the figures for those who have used fitness bands or smartwatches to track their health in the past stand at 21% and 17%, respectively.

16. One in four Victoria residents owns a fitness tracker or smartwatch.

The latest figures show that wearables have found fertile ground in Victoria, where nearly 25% own a fitness tracker or smartwatch. Tasmania is similar, with wearable adoption rates of about one in five. Only 13.5% of the Queensland population owned any sort of wearable tech, making it the region with the lowest wearable usage rate.

17. Australians consider health monitoring to be the chief benefit of wearables.

According to a 2016 survey of the fitness wearable market, Aussies are keen on wearable devices for one main purpose – keeping track of their health and well-being. They also find wearables useful for motivation in achieving personal health and fitness goals, as well as adopting healthy habits, since they provide real-time feedback on individual behavior.

18. But they occasionally find wearable devices overwhelming and annoying.

The same 2016 survey finds that we stop using wearables if we feel we can’t achieve our personal health and fitness goals. In addition, many find that the reminders to exercise can be mistimed and irritating. Some fault the devices for forcing them to pay constant attention to their diet and calorie counting.

19. In 2020, 21% of smartphone users connected their smartwatches to the internet to keep track of their health.

Health wearables are extremely practical, especially after the COVID-19 pandemic, when tracking our health is a daily preoccupation. As a result, the healthcare wearables market has been expanding. In fact, 21% of Australian smartwatch users and 3.2% of virtual reality device users connected their devices to the internet in order to keep track of their health in 2020.

20. The average cost of smartwatches has dropped more than 20% in two years.

While smartphone prices went up by an average of 15% in the period between 2017 and 2019, the average cost of smartwatches has decreased by 22% in the same period. Analysts point to improved technology, new apps and features, as well as increased demand for personal health monitoring.

21. But if you are looking for a luxury wearable, the Apple Hermės series is for you.

Wearables are usually affordable, since they are aimed at the general market and makers want to reach high adoption rates to ensure constant revenues. But some wearables are aimed at other market strata. If you want to stand out from the crowd, Apple has just the product for you: the Hermės series 6 line of smartwatches, which can cost anywhere from $1,869 to $2,259. Just make sure you don’t leave it behind in the gym.

The Wearables Market in Australia and Key Players

Regarding wrist-wearable devices, the companies at the top of the list in Australia are Apple, Samsung, Garmin, Fitbit, and Microsoft. In terms of hearables, the most popular companies are again Apple and Samsung, controlling 75% of the Australian market in 2020.

According to available statistics on wearable technology, the revenue of the wearable market in Australia is expected to reach $262 million by the end of 2022, with a compound annual growth rate of 1.46% between 2021 and 2024.

While the market was forecast to grow 89% in 2019, just a year later this figure plummeted to 14.5%. Expectations are now glum and the market growth rate expectations for 2024 are barely above 1%. The massive decline in expected growth is primarily related to the COVID-19 pandemic and how it has affected market supplies and personal sentiment.

26. What is the future of wearable technology?

Analysts believe that future wearables will move further away from fitness trackers and smartwatches. New types of sensors are expected to allow new features – for example, smartwatches performing electrocardiograms, allowing users to track cardiac arrhythmias. Improved haptic interfaces should allow the hearing impaired to interpret sounds as vibrations and learn to recognise them with special wrist devices.

The development of new technologies should allow some wearables to prevent identity theft, while next-generation fitness-oriented hearables should even be able to give you natural language explanations as to what your position is and which direction you’re facing, whilst tracking your body temperature and calories burned.

To paraphrase a popular song, the future’s so bright – you gotta wear wearables!

Wearables are our latest attempt to make our lives easier and better through technology. Both worldwide and in Australia specifically, the global wearable technology market size has been growing in leaps and bounds, with current trends boding well for makers and users alike.

We hope you found the information you needed among these wearable adoption rate statistics and figures. 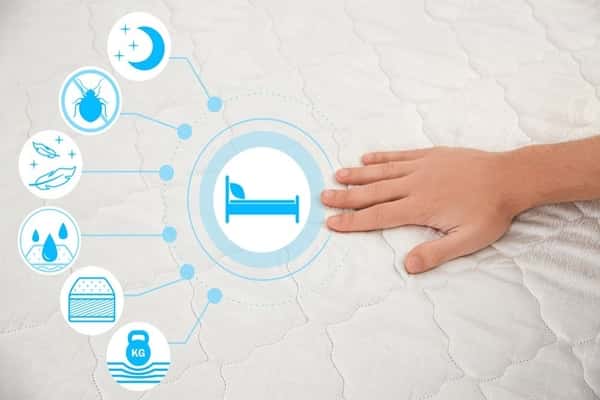 10 Tips on How To Make A Mattress Firmer

Published on 2 days ago 6 min read

Published on 2 days ago 1 min read 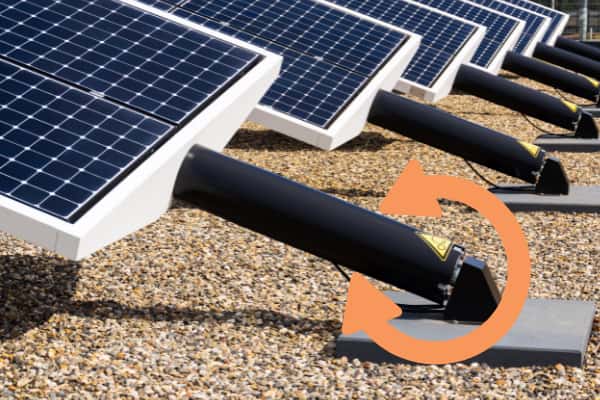 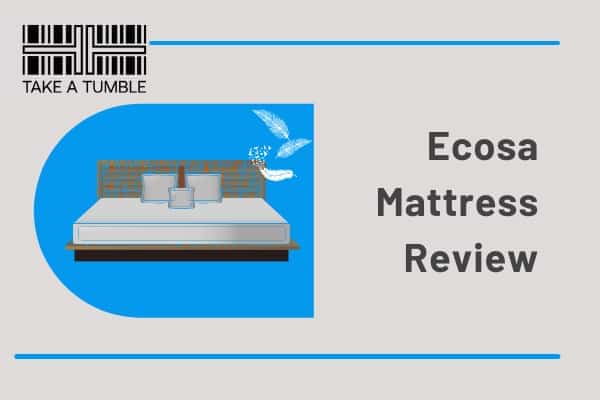 The Ecosa Mattress Review to Trust in 2022

Published on 5 days ago 10 min read