Simulated experience has found its way into nearly all industries and is now widely accessible to an average consumer. Has this industry hit the glass ceiling or has it got a few more aces up its sleeve? Explore these 37 Virtual Reality Statistics to find out about the current state of the industry and its future trends.

1. There are over 130 VR Australian virtual reality companies.

At the beginning of 2022, there was a reported number of 131 virtual reality startups in Australia.

2. Among industries that benefit the most from VR are eCommerce, automotive, and fashion.

According to Forbes, these industries benefit the most from VR:

3. VR in education is proven to increase exam results by 20%.

Studies on VR in Australia report that introducing VR into classrooms boosted exam results by 20%.

A study from Business Harvard Review showed that VR-trained surgeons had a 230% better performance than other trainees.

5. VR headsets are known to have benefits in healthcare, such as calming the patient.

In 2020, over 20% of Australian smartwatch users and 3.2% of virtual reality device users, connected their devices to the internet in order to keep track of their health. One study surveyed patients who wore virtual reality headsets during their treatment, and these are the effects they reported:

7. VR shopping in Australia is mostly used for food, drinks and clothes.

Aussies who use VR shopping, do so for the following purposes:

There were around 13.48 million units of VR device shipments worldwide in 2020.

The virtual and augmented reality market is on a constant rise, expected to grow at an 18% growth rate annually.

In 2020, these were the sectors with the highest VR spending:

13. VR can increase the eCommerce conversion rate by more than 15%.

There’s a huge market to tap as there were 9.1 million Australian households who shopped online last year. Data from 2021 shows that the adoption of VR technology in eCommerce can increase the online shopping conversion rate by 17%.

14. It can also be up to 10% time-saving for the Engineering industry.

Among the biggest challenges facing the construction industry in Australia is the possibility of the projects going over time. Engineers could save 10% of the model-design time and 7% of construction time by adopting VR technology.

15. Australia is among the few high growing VR regions.

Australia is recognised as a high-growth virtual and augmented reality market, along with the Asia Pacific. Europe and North America have a mid-growth rate, whereas Central and South America and Africa have a low-growth rate.

In 2020, Asia Pacific accounted for the largest revenue share of 40%, with China as the leading country.

Not many Australian customers have been given a chance to dive into artificial reality, but many are willing to do so in the future:

20. Most VR users in AU are mid to high earners.

21. Almost a fifth of the consumers used the virtual world to choose a holiday destination in Australia.

VR is a popular tool for choosing holiday destinations and apparently, 19% of people used it for travelling to Australia.

22. Headsets are the most common way of VR shopping for Aussies.

45% of Aussies who have used VR to shop, did so with headsets, while another 41% used VR smart glasses.

23. Google and Samsung VR headsets are the most popular among customers.

These are the most used virtual reality headsets in Australia:

Customers who have tried VR are willing to spend up to A$300 on a headset, whereas those who haven’t tried it would only give it a go if the store offers it for free.

Apple will release its headset with dual 8k displays later in 2023 and it is said to cost around $3,000.

The AR/VR industry is forecasted to employ more than 23 million people by 2030.

28. Almost half of AU customers would be comfortable using VR shopping in the future.

Around 47% of AU customers surveyed stated they would be comfortable with using VR while shopping in the future.

Video games using VR are rising in popularity, which will result in an increase in revenue up to $2.4 billion by 2024.

30. The AR/VR industry is expected to increase GDP up to $1.5 trillion.

The global AR/VR industry has the potential to drive GDP up to $1.5 trillion, with VR accounting for $450.5 billion.

31. The most contributing to GDP will be Product and Service Development, accounting for $359.4 billion.

These sectors will contribute the most to GDP:

33. One research showed that around 45% are now willing to try VR because of the pandemic.

44% of Australian respondents said their willingness to use VR has increased because of the pandemic.

34. Almost 60% of those who are now willing to use VR shopping want to do so because they don’t have to leave the house.

Shoppers who reported VR adoption because of COVID stated this as the main reasons:

It’s no wonder why the simulated experience has grown so much in popularity – this futuristic feel is hard to find anywhere else. Consumers’ senses need more stimulation, so it’s only a matter of time before all crucial industry sectors start VR implementation. As these Virtual Reality Statistics show – the sooner you embrace this technology, the better. 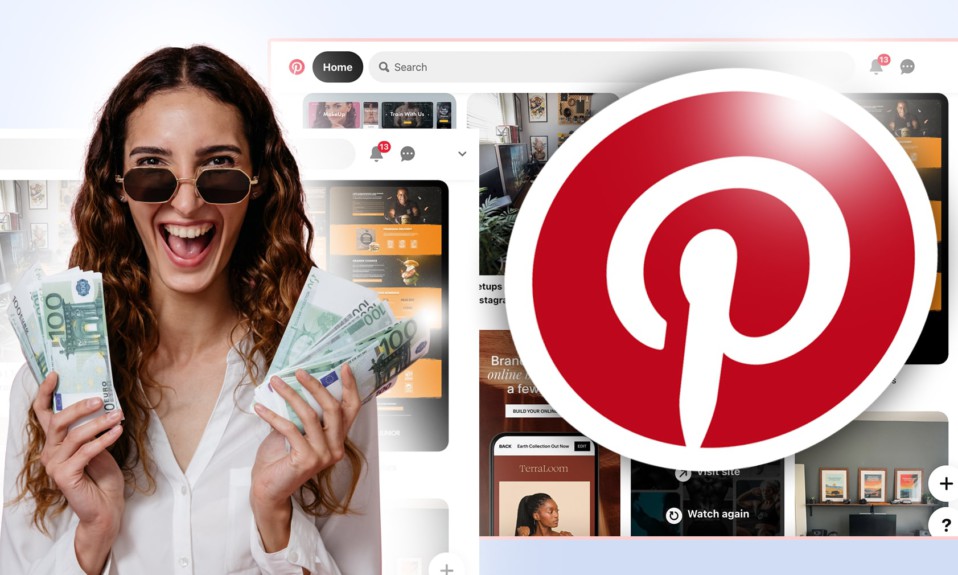 How to Make Money on Pinterest With No Experience